It’s funny the mental games that we play…. 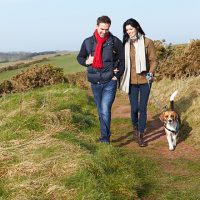 For example, many people will tell themselves that they don’t follow up with people because they “don’t want to be rude,” but the underlying reason that they’re not following up in a reasonable way is that they’re afraid of rejection.

Others don’t send status updates because they “don’t want to bother” their managers, but the real sticking point is that they’re afraid they’ll get feedback that they’re off track. (Which is in fact invaluable knowledge to make sure that they’re aligned with their boss!)

Finally, others won’t every say, “No,” or let someone know when a request is unreasonable because they’re “committed to doing whatever it takes,” but really they are afraid that not being able to do everything means that there’s something wrong with them.

Take a moment and reflect on some of your actions and what you’ve been telling yourself about them.

Do any of the above sound familiar?

If so, the way through is to acknowledge the real fear, i.e. I’m afraid of rejection, and then to rationally talk yourself through how likely it is for the fear to come true. Often times when you address the true issue, you realize that it had more to do with the thoughts in your head than with the reality around you. Then, you’re free to move forward with the right actions which will allow you to live a peaceful, effective, and productive life.

Elizabeth Grace Saunders is the founder and CEO of Real Life E® a time coaching company that empowers individuals who feel guilty, overwhelmed and frustrated to feel peaceful, confident and accomplished. She is an expert on achieving more success with less stress. Real Life E® also encourages Christians to align themselves with God’s heart through Divine Time Management.

Signup to get your free video training and exclusive tips & tricks to start seeing change today!

*We won’t share or sell your e-mail address with anyone. That’s bad manners.

Elizabeth Grace Saunders is the founder and CEO of Real Life E®, a time coaching and training company, and the author of The 3 Secrets to Effective Time Investment: How to Achieve More Success With Less Stress published by McGraw Hill. She writes for Harvard Business Review, Forbes, Inc, and Lifehacker. Read more…